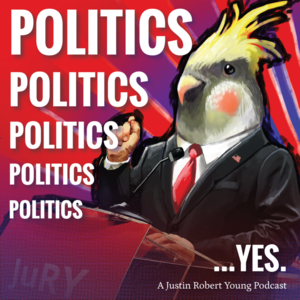 The show discusses the week's news in the realm of politics. Occasionally Justin will be joined by an in-studio guest. There are usually two or three main topics per show, usually lasting between 30 minutes to an hour.

If you missed the live broadcast, you can always subscribe on iTunes.