According to some, this could be the last episode of NSFW.

Some tricky dice, a producer gets angry, and more.

On this the 19th episode of NSFW we try to vanquish Hitler's immortal spirit in a dice game with Andrew Mayne of AndrewMayne.com and the Weird Things podcast. Also, this might be the last time we talk to you once you listen to the phone calls we got from our producer Danger Dane Golden. Listen to it, it's up next here on NSFW.

The guys play a game of "Guess the hate" and discuss callers weird stories. 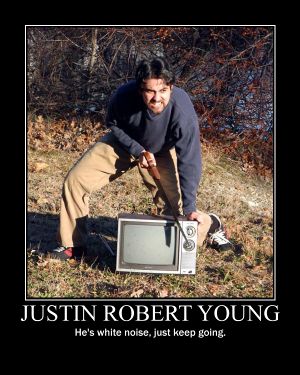 He's white noise to me