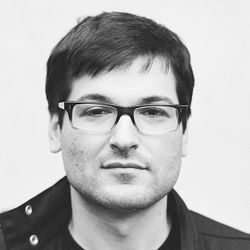 Carboni's face, bask in it.

Anthony Carboni is host and writer at Discovery Digital Networks for DNews, Nature Hates You, Hard Science, and Rev3Games. He is also super cool. Previously he worked on such projects as Bytejacker, New Challenger, and many other things.